Recently I met up with an old friend I hadn’t seen for a couple of years. We had planned to walk and talk on the seafront but a high wind made this difficult, so we headed one block inland and found a table outside a busy café-bar.

We both wanted a mug of black tea but the place served only pomegranate tea, which arrived after much delay in small glass cups. By this point, I had picked up from our conversation the extent of the difficulties and frustrations that had beset my friend through the pandemic, such as family problems and ill-health.

What particularly irked him, he confessed, was how his formal meditation practice had also broken down. His longstanding commitment to sit daily, or at least regularly, had buckled under the strain of events and tumbled, along with his mood, into a downward spiral. The last straw was not being able to attend a residential retreat that had been called off because of the lockdown.

I felt bad for my friend, struggling as he was with adversity and loss and knowing how important mindfulness practice was for him. Life can be such a pain, I thought. The wind whistled around us and I began to feel cold. The boozy drinkers nearby grew louder and, it seemed, more abrasive in tone. I wanted to get away. My glass of pomegranate tea looked so puny and my friend, his eyes cast downwards, so lost in his circumstances. I wished we had gone walking after all. 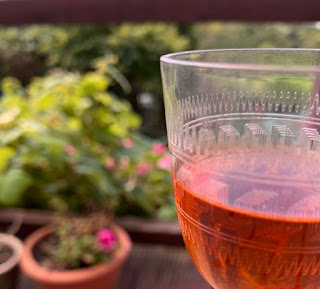 We sat on in silence. Then he lifted his head and told me something he had realised lately. Throughout his years of practice he had often wrestled with the language of renunciation due to the implication of quitting and spurning things. It had disturbed him that this term encouraged a certain fixation on the very object or behaviour that is relinquished.

Recent events, however, had offered him a deeper, truer understanding of renunciation – one that is about things being sufficient and acceptable just as they are. “This is enough,” explained my friend, sweeping his hand in the air as if scattering seeds in a field, and referring to, well, everything. All of it. It dawned on me, as I huddled in my chair, bracing against the wind and sipping lukewarm tea through pinched lips, that my friend was just fine despite his circumstances. If anyone, it was me who was resisting the conditions of the moment.

He went on to tell me more about discovering new reserves of equanimity and poise in life. It was a glimpse of how the residue of his years of practice allowed his appreciation for life and natural wisdom to flourish regardless of what was going on in his world. This is the power of mindfulness, one that leads to no barriers for attention, where nothing is excluded or clung to, and where every experience, no matter how taxing, holds the potential for insight.