If you are interested in clarifying and deepening your mindfulness practice, it can be useful to know something of the origin of this fascinating term.

The word ‘mindfulness’ is an English translation of the ancient Indian (Pali language) word sati, a noun closely related to the verb sarati, which means ‘remember’.

Sati can be understood in two related ways:

(i) as an aspect of memory, that is, of ‘calling to mind’ and ‘remembrance’, where such recollective activity facilitates greater awareness and sense of purpose for one cultivating awareness;

(ii) as awareness of the present moment, such that the manifesting of sati implies a ‘presence of mind’ that allows one to be awake to the present moment. Such ‘wakefulness’ in turn supports the recollective function of (i). 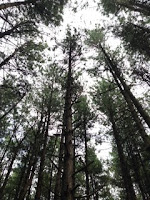 In this way, sati is an alert yet receptive awareness, which brings a quality of breadth to experience, and is thus an awareness of things in relation to things.

Therefore, not only does sati have the ability to notice what is occurring, it also brings a wider vision of mental objects in their relationship to other mental objects.

Additionally, it may be useful to know that, in classical Buddhist psychology, a clear distinction is made between mindfulness (sati), perception (sanna) and discriminative consciousness (vinnana). In this model, it is sanna that processes and labels sensory and mental objects, i.e. sanna identifies an object and ‘gives it a name’ by conceptualising it.

Discriminative consciousness (vinnana) is that which is aware of a sensory or mental object, and which discriminates between its basic aspects, which have been recognised by sanna.

But it is sati which brings an awareness not just to objects in their relationship, but one which is untainted by the subjective bias of there being an essential, unchanging ‘I’ that is doing the recognising and the knowing. 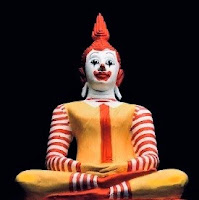