Origin of the Species

With its assimilation into popular culture as an everyday life practice, the story of where mindfulness came from often gets obscured, if not ignored. If you live in the West and are curious as to how you wound up sitting cross-legged on a cushion while watching your breath, here is a very potted history of mindfulness (in reverse chronological order).

It makes sense to begin with Jon Kabat-Zinn, the American molecular biologist who is sometimes regarded as a founding father of mindfulness due to his development of the Mindfulness-Based Stress Reduction (MBSR) programme at the University of Massachusetts in the 1980s. It is true that Kabat-Zinn offers a significant starting point for the so-called ‘mindfulness movement’, but in terms of how mindfulness came to the West, he is merely the latest fresh-faced star in a much older and richer epic. 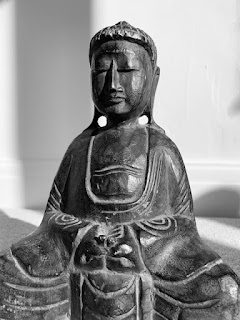 Kabat-Zinn and his colleagues took their cue directly from Eastern meditation teachers – the kind whom westerners first began having large-scale contact with during the 1960s when travel to South-East Asia and the Indian subcontinent became a focus of counter-cultural interest. A significant point of contact here was the vipassana (insight) meditation movement. This was a popular outgrowth of Burmese Theravada Buddhism that distilled and democratised formal practices of mindfulness whilst retaining the ethical framework and social vision in which they were embedded. This movement went on to guide and influence many of today’s senior meditation teachers, including Kabat-Zinn’s, in Europe and North America.

Follow the mindfulness trail back further and two interlinking stories come to the fore. First, there is a revival of interest in particular meditation styles and techniques in late 19th/early 20th Century Burma, which was engaged in a counter-imperialist struggle against Britain at the time. The figureheads of this revival were the teachers who taught the teachers who taught the westerners of the 1960s.

The same colonial period also gave rise to the first serious western interest in ‘Buddhism’ – a term invented by British academics and missionaries. Some of these westerners ordained as monastics and became the first Europeans to self-identify as Buddhists. Others took up the subject for the purposes of academic enquiry, which would later prove just as significant. These developments took place in the context of what became known as Buddhist Modernism: the cultural fusion of traditional Buddhism and Western-style critiques of religion.

All Buddhist traditions, Burmese or otherwise, naturally trace their roots to the historical Buddha of ancient India. By virtue of curiosity, determination and liberal doses of good luck, European explorers in Asia during the 19th Century did the same by initiating a rediscovery of a longstanding tradition that had all but died out in its homeland.

Through chance detections of long-buried ruins, laborious excavations and the piecemeal deciphering of inscriptions on ancient relics, they wove together a tapestry of irrefutable facts about a distant past. This helped to give flesh and bones to a historical figure that many had, until then, thought a myth. Siddhattha Gotama, also known as ‘the Buddha’ – an honorific title meaning ‘one who is awake’ – turned out to be an Indian sage from the 5th Century BCE and, as it transpired, the architect of the core methods and forms of mindfulness in use today. 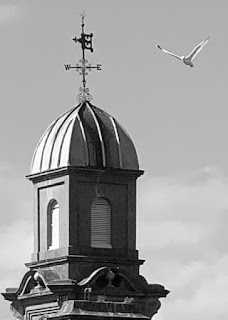 In the centuries after his death, Gotama’s teachings were passed on, first by word of mouth, then in written formats, and later translated, reclassified, interpreted and reinterpreted. They travelled in all directions and in numerous forms.
To the north, they melded with Taoism in China and also came to dominate religious life in Tibet. To the east, they manifested in what became known as Zen. From here, they would eventually sail the Pacific to pop up in North America, decades before Kabat-Zinn was born. Kabat-Zinn did not invent anything, rather he blended pre-existing Theravada and Zen practices with American Transcendentalism. He rebranded this composite as a scientific method that would be palatable to Western healthcare paradigms. The success of this rebranding exercise is what makes him deserving of a place in the story of mindfulness.

It would appear that Gotama’s teachings also went west during the Hellenistic period (1st - 3rd Centuries BCE), where they mingled with some of the practical philosophies thriving in ancient Greece, such as the Stoicism and Epicureanism.

The rest, as they say, is history.

An easy misunderstanding to fall into with mindfulness practice is to see it as purely psychological in nature. Its emphasis on embodied awa... 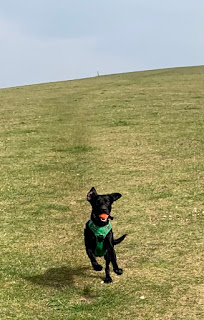