I sit down to meditate. I commit the next minutes of my life to the practice of mindfulness of breathing. The meditation bell sounds to signal the start. A few moments pass. I notice a mild pang of hunger in my belly. An image of chocolate – its taste, texture and colour – flashes across my mind. I note this and gently, patiently, return attention to the breath.

More moments pass. Sensations in my belly continue to draw my attention. Somewhere far in the background there is a vague knowing that my mind is discreetly launching one of its advertising campaigns to convince me that the desire for food is more fulfilling than meditation. I know from experience this is not true, but I am prone to forgetting, which is what happens next.

Off to the Movies

Before I’m wise to it, the cinema screen of my mind is spontaneously manifesting assorted scenes from Willy Wonka and the Chocolate Factory. It then proceeds, for no apparent reason, to critique Gene Wilder’s performance in the lead role before tumbling headlong into a miscellany of Gene’s movies – random scenes, bits of dialogue, a hodgepodge of sound and vision. Little do I know it but my mind has galloped off to the movies and mindfulness of breathing is history… 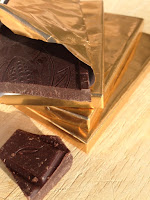 … What an intriguing guy Gene Wilder was... Such a great face… The way he seemed to hold in all that emotion, you never quite knew what was going on with him.... I wonder how he chose his parts… I wonder what he was like in real life… That scene in Blazing Saddles when he raises his voice in that funny way of his reminds me of that weird song he sings on the boat trip in the Chocolate Factory… oh yeah, chocolate… Young Frankenstein was funny, though, wasn’t it?… What about his mate Richard Pryor’s stand-up? He must’ve been outrageous back in the day…

On and on chatters the mind.

… and how about Bill Hicks?… He was dynamite… His skit about the first Gulf War was razor-sharp… The media frenzy around that war was out of control, wasn’t it?… They used to call the Vietnam War “the first television war”, didn’t they?... That documentary on Vietnam narrated by Peter Coyote was a cut above the usual, wasn’t it?... Peter Coyote was in ET, wasn’t he?… I didn’t think I was going to watch all that documentary… But I did, didn’t I?… Ten episodes in all, yeah… It’s a pity the hard drive didn’t record half of one of the episodes… Was it Episode 3 or 4?... I can’t remember…

And on and on.

… What a shame that old Vietnam movie, Go Tell The Spartans, starring Burt Lancaster and that other guy whose name I can’t remember, didn’t get more acclaim at the time… It was ahead of its time… At least a year ahead of Apocalypse Now… Or was it two?... Burt was great… His character in The Swimmer was tragic and deluded... That last scene is kind of eerie… I remember watching that film while eating three bags of salt and vinegar crisps… That’s one bag of crisps too many, isn’t it?… I’m really hungry… Some chocolate would be nice… Willy Wonka had a factory full of the stuff, didn't he?... What an intriguing guy Gene Wilder was…

The interval bell sounds marking the halfway point of the meditation period. 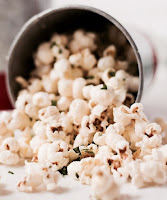 The sound of the bell triggers a momentary retrieval of awareness, though not for long. All this mental monkeying about has gathered energy around itself. It fires up again and blasts off in a new direction…

… This is useless… I haven’t even started meditating… Why do I never learn?... It’s really simple, just watch the breath… Stop wasting your time and focus… Focus focus focus… Why has this happened to me?... Is it just me?... Maybe it’s just me!?... What if I never sort this out?... Maybe everyone can meditate, but I can’t… Concentrate, concentrate!… No, relax, don’t push, then concentrate… Gentle, easy does it… One moment at a time… I’m pretty sure it was Episode 4 that got lost on the hard drive… I definitely watched all of Episode 3… The one after Episode 2, that’s right… I wonder what’s up with the hard drive… It was a cut above average, that series… They called Vietnam “the first television war”, didn’t they?...

There comes a point when I wake up to what’s happening – the wandering, the reminiscing, the brooding. The sheer nonsense of it all. I catch the mind blundering about its virtual universe, storyboarding its own demented manoeuvres. Finally, I am awake to what is actually going on. I have recollected my intention to practise mindfulness of breathing. And, right then, the bell rings to signal the end of the meditation period!

If such an experience during meditation is in any ways familiar to you, know that you are not alone. Human minds are prone to conceptual proliferation. The content may vary but the process is the same. In the example above, note the webs of thought that spin outwards and loop in inconsequential patterns. Note the chains of association and petty judgements. Note the implicit self-absorption and self-referencing. Note the lack of awareness of this self-view. Note the lack of empowerment of the intention to be present to what is occurring in the here and now with equanimity. In terms of meditation, note the complete waste of time. 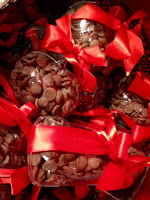 Conceptual proliferation is the tendency of the mind, once triggered by some perception or other, to ‘spread outwards’ into strings of thought that appear solid and real, not ephemeral and ever-changing. This gives rise to a strong sense of ‘me’ (the thinker and believer of the thoughts) that is separate from the world ‘outside of me’.

This invariably leads to a sense of tension or pressure because there is some longing for something I haven’t got or frustration at things not being the way I want them to be. Since this process is happening out of awareness, no insight is possible. Therefore, the mind learns nothing and keeps tangling itself up in its own nets. When ‘I’ finally wise up to what’s happening, at best it’s been a farce. If the thought-content is less innocuous, it may well feel more like a horror movie. Whatever the emotional impact, it’s always a waste of time.

When you spot conceptual proliferation in action, this is a ‘good’ moment, that is, a moment of strong mindfulness. Stay attentive. Watch the show without getting lost in it. Refuse to be seduced. Become aware of emotional responses to the wordplay and imagery of the mind. Feel the feelings. Explore how emotions build themselves up through thoughts. Can you feel the restlessness of the mind in the body? Can you sense the compulsive energy to leap from thought to thought? Keep watching. Keep feeling. If you lose track, start again, one moment at a time. Ease and clarity can flourish under such conditions.

Another route out of conceptual proliferation is to track back through the chain of thought that led to the whole blossoming of nonsense in the first place. When you notice your mind has wandered off, review the thoughts that have arisen to find where they arose from. It will likely be some sort of association with a bodily sensation, sound, smell, random memory or idea. When you find what it is, stay with that, just recognising it and feeling its resonance. Just for a few moments. Then let go and return to the breath. Start again. Spending an entire sitting period ‘starting again’ is, in meditation terms, time well spent.

Gentle, patient and persistent effort empowers one’s practice. On a micro level, it is no more and no less than the energy required to wake ... 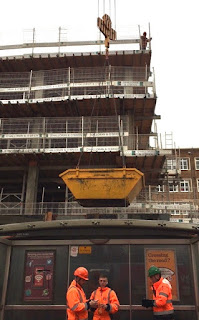