In this so-called ‘age of anxiety’, there is a notable and understandable tendency to view calm states as desirable. There can be an equally strong tendency to conflate ‘calm’ with ‘mindfulness’.

For sure, there are connections between the two terms. But they have quite different meanings. The confusion seems to lie in a distorted view of mindfulness meditation as being some kind of bliss technology. Mindfulness has more to do with waking up to reality than with calming down*. 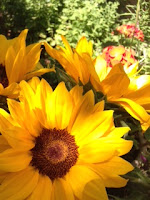 The prevalence of this confusion was brought home to me when I was asked to write a ‘puff piece’ about mindfulness for a glossy magazine on behalf of a health clinic I work at. Not that anyone asked me for a ‘puff piece’, of course, these things always go without saying. Feeling conciliatory, I duly obliged.

What mattered to me when writing the piece were two related things. First, to do my best not to mislead any readers new to mindfulness. Second, to dispel the misunderstanding that mindfulness is meant to be a way of calming down.

The latter seemed easy enough. I simply wrote: 'Mindfulness is often misunderstood as a way of calming down.' For good measure, later I noted that 'mindfulness is not about trying to maintain tranquil states.'

When the piece was published, I wondered why I’d bothered. On the front cover, the editors had used the cover line ‘Mindfulness and Calm’. On the page adjoining the article, there was a full-page exercise entitled ‘Colour Me Calm’ (it was a flowery pattern that you colour in, presumably to calm you down).

The image chosen to accompany my piece was of a woman gracefully jumping off a log in a field. This was no ordinary jump. She was looking skyward, with arms outstretched, as if divinely inspired and on the verge of ascending to the heavens, rather than merely plummeting to the grass.

The combined effect of these editorial inputs was to strongly imply that mindfulness is all about achieving or abiding in a state of serenity. On the bright side, it was a good lesson for me in how little control I have over other people’s preconceptions, no matter how hard I might try.

The irony was that I felt a lot less calm when I saw the published piece. This was a nice glimpse into how I go grasping after definitive truth and conceptual clarity, taking my own words oh-so-seriously in the process. How my mind loves to get lost in its thicket of views and opinions! Perhaps I should be grateful to that editor for the wake-up call.

* Tranquillity is generally understood to be a beneficial quality in classical and contemporary mindfulness practices, but it is not considered to be an end in itself. That said, there has always existed a path of practice called ‘calm-abiding’. This is characterised by an emphasis on developing one-pointed concentration in such a way as to be conducive to accessing refined mental states. Such methods are not commonly taught as part of generic eight-week programmes (an exception being loving-kindness meditation).
at July 30, 2018

Living in awareness cuts through erroneous divisions the human mind makes between ‘me’ and ‘other’, ‘us’ and ‘them’. Anxiety loses its prima... 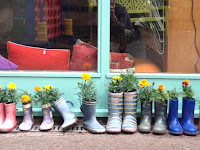